The Monastery of Saint Irene of Chrysovalantou Metochion is the monastery of St. George Ilion, which in 1990 has granted to another Brotherhood of the Mother Abbess Chrysovalanti. It is built on the camps of our Metropolis, between the grove, coastal villages and sun and has faces the tranquil bay of the Evian sea. 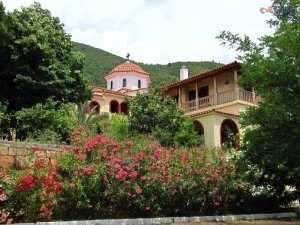 The history of the Monastery of St. George is lost in the mists of time. The monastery moved to its present location, an area located just above the Baths of Aidipsos. The site that was the old Abbey is now a small chapel in the name of St. George. 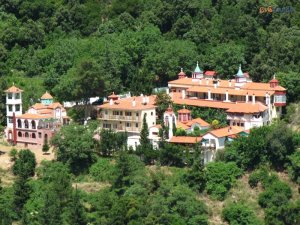 The site which is actually fascinating as it is constructed on a hill located 200 meters above the sea, thus having a magnificent view to the Evian and the coast towards Voiotia. The monastery is dedicated to St. Nicholas.

In the mountains “Kavalaris”and “Xiron Oros” opposite the village “Drymona” the monastery of St David’s is located . and is dedicated to the holy Transfiguration. 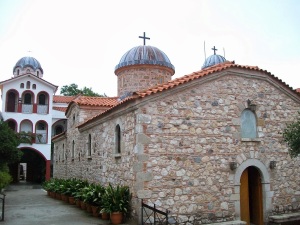 In Gouves one finds the famous tower of Gouves, which later became the property of the poet Drosini, the house dates after 1800 and built by Ibrahim Aga. 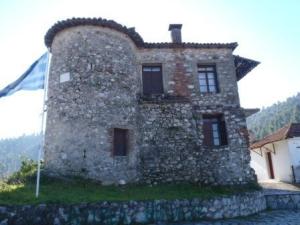 Very close to the Monastery of St. David is the village Drymona. Its name seems to derive from the extreme cold during winter in the region or the oak forests that surround the village. Near the village is the river Sipia, where one can admire the famous waterfalls of Drymona. 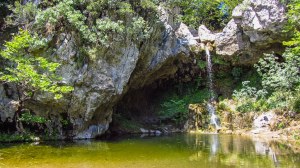 The Petrified Forest Kerasia is located 4 km away and is one of the few existing in Europe, presenting exceptional interest. During the route through the breathtaking natural beauty, one finds the unique and protected Evia oak. Both the Petrified Forest and fossil mammals found in the region have enormous scientific interest and give the possibility of tourist exploitation. 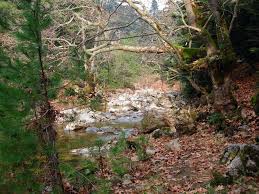 For one of the prettiest villages in North Evia we will write the following lines. This is the beautiful town of Limni or Elymnio that is now the capital of the municipality.

In the area that Limni is situated was an ancient city called Elymnion. 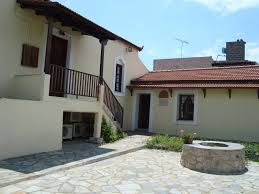 It was once situated with an identical twin at the harbor entrance, protected by high walls, which fell during the Hellenistic period by a strong earthquake.

Possibly both bulls shattered and rammed into the sand of the sea, and since then no one searched for them.

One bull was found in the middle of the last century and thereafter became the symbol of the region and village. 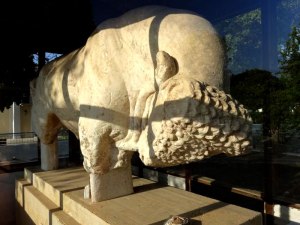